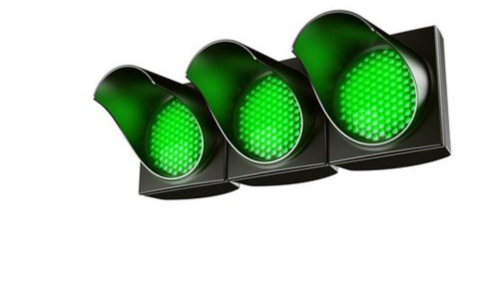 I’ve been in Recovery a bit more than 8 years. This path I’m on is MUCH smoother now than before. There are days I hit “Green light after Green light after Green light.” It’s real tempting on those days to not pay close enough attention to where I’m going. Some days, before I know it, I’ve made a wrong turn. Over the years, I’ve learned a lot about the consequences that await me at the end of that side track. I’m now much quicker to realize I’m headed the wrong way and I make that U-turn at the first chance I get.

This morning, when I realized where I was and what I’d done, all I did was say: “Oh, Ratz!” I didn’t reach into my “backpack” and grab my favorite tool to beat myself up. (like I used to) In the past, I would become so wrapped up in condemning myself for my mistake, I could be MILES down the road, and it would be a LONG way back. Sometimes, I’d get lost down that side track and wonder if I’d EVER make it back.

My WW and I love taking Road Trips. When I’m driving, she usually pays pretty close attention to what’s going on around us. I’ve told her “If U see something U think I need to be aware of, feel free to speak up.” It’s always better for her to speak and tell me something I already know than to keep silent and then we’re both sorry later. I needed her in the car with me this morning.

I need somebody walking with me as I travel this road of life.
I need someone who can speak up when it’s needed.

There have been times she’ll speak up and my thought (or words) will be: “Honey, sometimes I wonder how I managed to drive that huge bucket truck for ATT all over three counties for 40 years without your help!” She often replies (nicely): “I wonder the same thing sometimes!”

I have learned to give her the freedom to speak up when it’s needed. It’s become a two-way street. There are things, there are times that I need to speak into her life as well. (though it’s hardly ever about her driving)

Do you have someone in your life with the freedom to speak up when it’s needed?
It’s a lot more important than U might realize.

The way of a fool is right in his own eyes,
But he who heeds counsel is wise.
Proverbs 12:15 (NKJV)

2 thoughts on “Side Tracks”